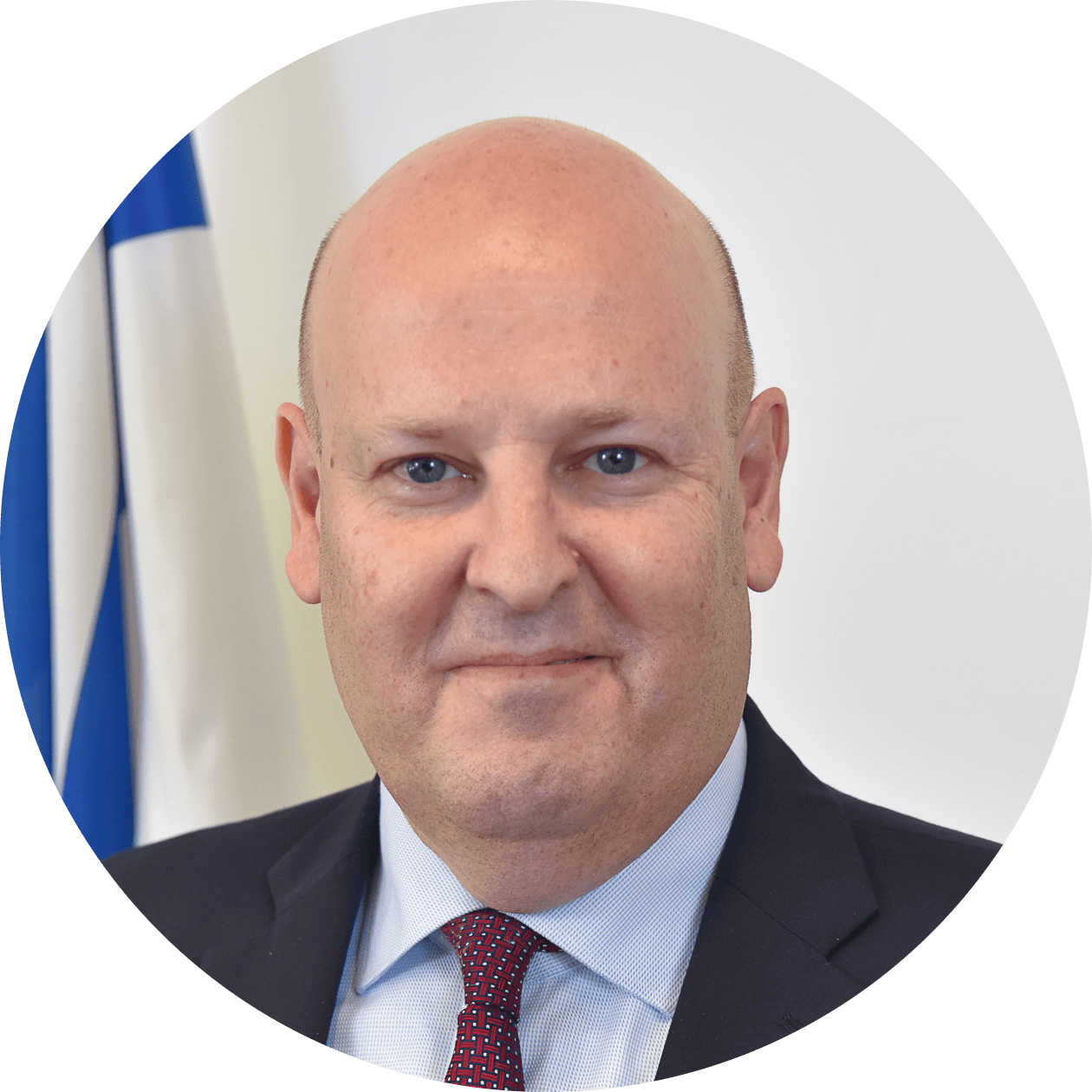 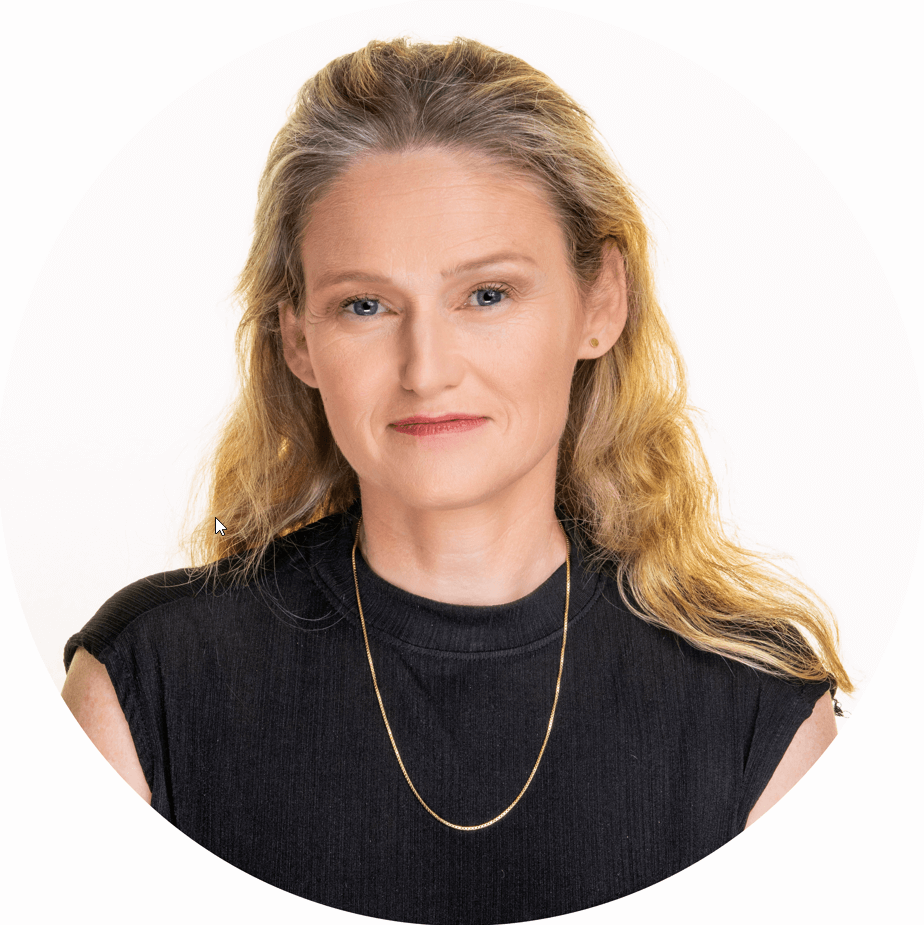 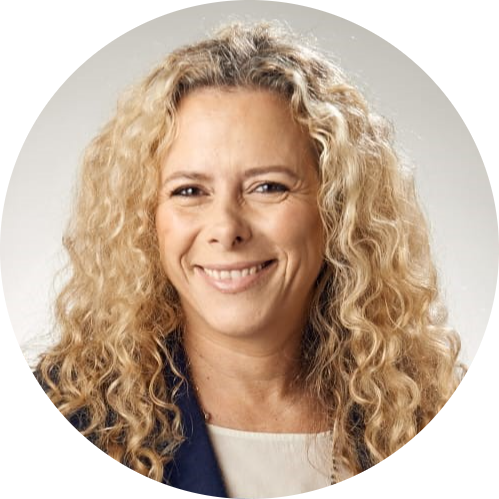 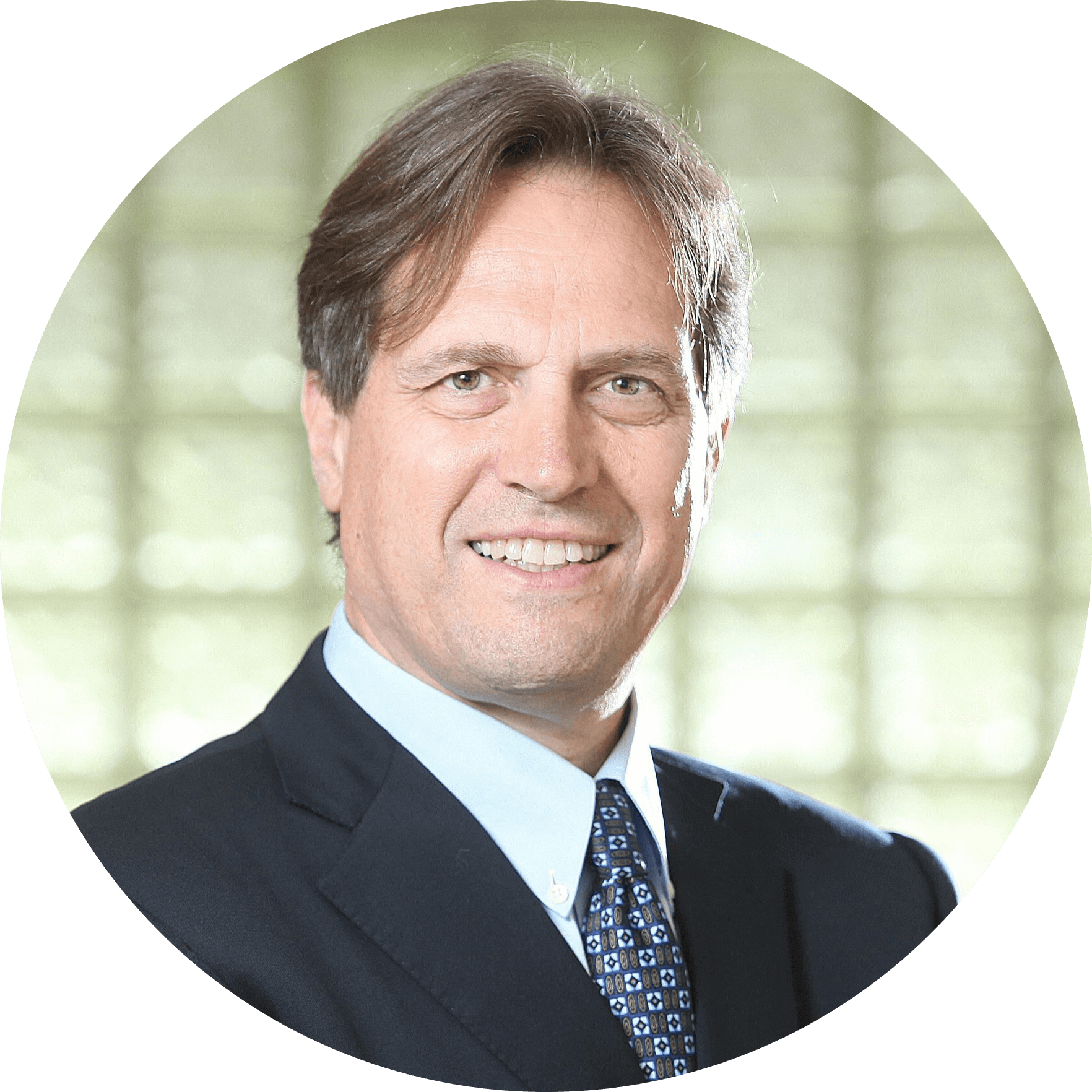 Planning For The Urban Environment and Residents' Wellbeing 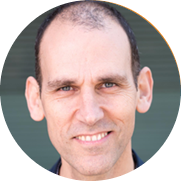 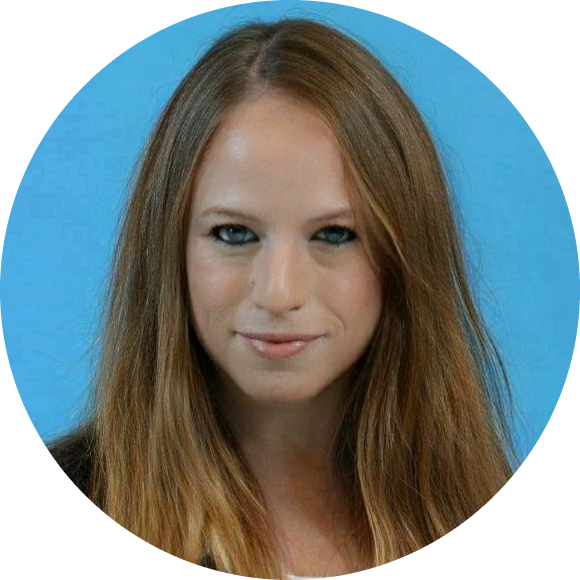 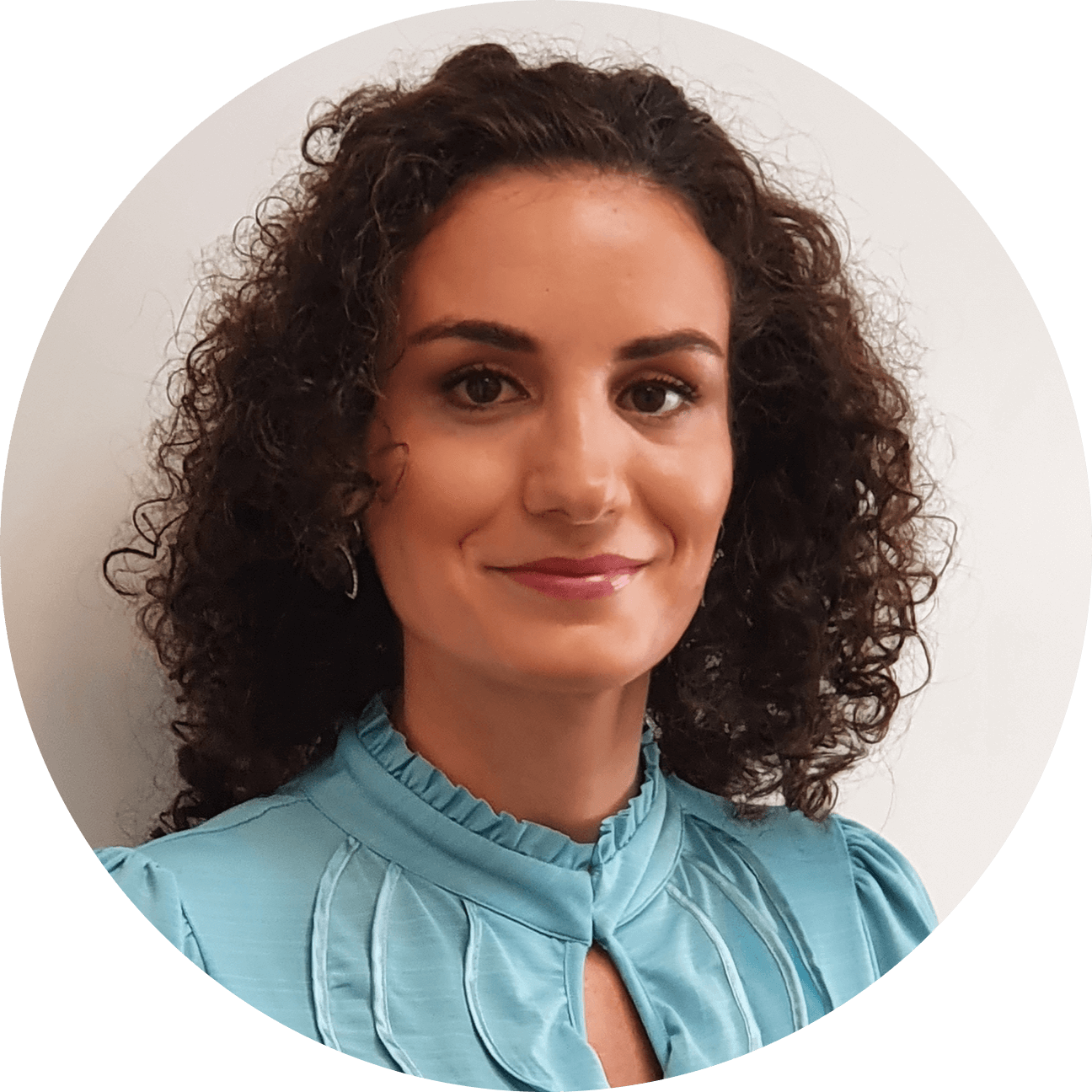 Ohad has been the Trade Commissioner and Director of the Foreign Trade Administration at the Ministry of Economy and Industry since 2012.

The Foreign Trade Administration (FTA) at the Israeli Ministry of Economy and Industry manages and supports Israel’s international trade and trade policy.

Ohad holds a BA in Economics and MBA, both from the University of Haifa.

Shiri Ram is Head of the Mobile and Smart city sector at the Israel Export Institute.

Shiri has over 15 years of experience in marketing positions, both in Mobile and IoT companies and as a consultant to the Israeli start-ups' ecosystem. In the last year, Shiri leads the Mobile and Smart city sector activity at the Israel Export Institute, to maximize the company’s exposure by opening doors around the world. Shiri holds an MA in Business Administration from the Ben-Gurion University.

Former MK Nahmias-Verbin took on public and voluntary roles and re-assumed positions in the business sector implementing her unique multi-disciplinary expertise and knowledge. Currently serving as Vice President of the Israeli Manufacturer's Association; Chairman of Tavlit Plastic (a family owned Factory specializing in irrigation and water technologies); Chair of Jready – the global crises management network by the Jewish agency, Chair of the Board of the Ben Gurion House, serves as a board member in several companies and holds a senior lecturer position in senior management courses in Lahav, Management faculty at the TLV university. Nahmias-Verbin graduated with an LLB from the Hebrew University and holds an LLM in Commercial Law from the Tel Aviv university.

Uri Ben-Ari is a seasoned international businessperson with 30 years of experience in senior management and entrepreneurship. Uri specializes in developing and implementing strategic business and smart city master plans for municipalities and technology companies. Over the course of his career, he has undertaken senior management and business/market development activities in the United States, Western Europe, Central and Eastern Europe, Israel, India and the Far East www.linkedin.com/in/uribenari

Uri has developed expertise in the area of “smart cities". Over the last 9 years, he has aided 8 cities in Israel in becoming “smart cities” using methodologies developed by Uri in tandem with models developed by leading universities and research institutes in Europe. Uri also help these cities in implementing the smart city master plans and accompanies these cities on their way to become smarter. Uri has consulted to the Ministry of Defense in planning the new military bases (2.5 million square meters) to become smarter bases, he consulted to the Prime Minister's office in planning a Cyber protected smart city in Haifa and with the Ministry of development of the Negev and the Galil in developing smart periphery in 142 municipalities in the periphery.

Please review this video that describes the development of Eilat city as smart city based on Uri's methodology - https://www.youtube.com/watch?v=J_FDDhgqRCQ

Uri has been lecturing in Israel, in China and in various cities in Europe about the Smart Cities, about the new trends in technology and Technology in Education and published articles in various magazines. Recently he has been interviewed in a leading magazine in China. (Please see cover below)

Uri is also a social entrepreneur who is the founder and president of Athena Fund, which is dedicated to empowering teachers (85% are women) in Israel by providing them with laptop computers and professional training www.athenafund.org. To date Athena Fund has provided laptop computers and professional training to over than 28,000 teachers in 172 municipalities in Israel. Athena's activity has been acknowledged by UNESCO and an NGO consultative status has been granted to Athena Fund by ECOSOC (Economy and Social Council) at the UN.

Uri was a member of the senior management team that led the successful IPOs on NASDAQ of two leading Israeli companies – Ness Technologies (NSTC) in 2004 and Internet Zahav (IGLD) in 1999. Over the past decades, he has been involved in more than 10 M&A deals of companies in Europe, the US, Israel and India.

From 2001 – 2007, Uri Ben-Ari acted as Executive Vice President (EVP) for Global Marketing and as Senior Board Member in Ness Technologies. Ness Technologies is a global provider of end-to-end Information Technology (IT) services and solutions with operations in 18 countries; Uri Ben-Ari was part of the IPO team when the company went public on the NASDAQ in September 2004.

Prior to joining Ness Technologies, Uri Ben-Ari was the CEO of Internet Gold International and orchestrated business development and acquisition in developing countries in Central and Eastern Europe. Uri Ben-Ari was part of the IPO team when the parent company Internet Gold went public on NASDAQ in September 1999. For a short period, Uri Ben-Ari also acted as Chairman of Queenco, which is traded on the Tel-Aviv stock exchange and as CEO of Queenco Leisure International, which was  traded on the London stock exchange.

After retiring from Ness Technologies, Uri Ben-Ari started his own business - UBA Ventures - for strategic planning, consulting, business development and investment banking for companies wishing to penetrate the global market.

Uri holds an MBA in Marketing and a BA in Economics from Tel-Aviv University. He is a graduate of the Directors Training of the Executives Program at Tel-Aviv  University.

Please read an article about the activity at:
http://m.jpost.com/Israel-News/Recognizing-exceptional-teachers-of-students-with-special-needs-515365
LinkedIn profile: www.linkedin.com/in/uribenari

PhD from HUJI (the Hebrew university of Jerusalem) and postdocs at San Jose State University, DRI (Desert Research Institute in Nevada)  as well as past roles as Professor, lecturer and researcher at DRI, Hadassah College Jerusalem and IDC Herzliya.

Current position: Director of Environment, Climate & Sustainable planning in "Forum 15" – the network of Israel's 15 major cities. Leads the Forum's program and projects in the fields of environment, sustainability and local and regional planning. She works closely with municipal  professionals and assists them in building and implementing sustainable policies.

Automotive&Mobility and Industry 4.0 at the Business Development Unit. In addition, Karin deals with business events with International Organizations’ procurement departments (such as the UN).

Karin Chen has a BA in Political Science and English Literature, as well as MA degree in Diplomacy and Foreign Relations from Tel Aviv University. During her BA studies, Karin re-established a Model UN club, which is active till these days and was taught as a course for MA in one of the academic semesters.  She has served in the role of Club President, staff member and committees’  moderator at various international  conferences.

Subsequently, Karin has done an internship at the Permanent Mission of Israel to the UN in New York City, where she assisted the Israeli team in front of the UN 5th Committee and the Security Council (discussions on Peacekeeping Forces in Africa). Later, in 2016, she has done a short internship at the Commercial Wing of the Embassy of India in Israel.